This learning platform will support the project activities for the benefit of the participating universities’ teachers and students.

Climate risk management and the building of climate resilience need a holistic approach to planning, which is often lacking in public authorities.

The CARE project, funded by the European Erasmus+ Capacity Building initiative, intends to promote the interdisciplinary skills of university teachers and students by providing effective approaches and Open Educational Resources to the participating institutions of Latin American countries. The CARE project is based on “concept mapping”, a teaching and learning approach that helps developing meaningful reasoning and understanding rather than “mechanical” memorisation.

Scientific projections provide a general overview on the possible scenarios deriving from climate change. However, cities must often face a certain degree of uncertainty about its local effects; for this reason, adaptation strategies can fail in securing urban populations from future disasters. The concept of “climate resilience” goes beyond simple adaptation and refers to the cities’ ability to effectively and successfully cope with the uncertain effects of climate change by involving all possible strategies, actors and communities with a more integrated approach.

A concept map is a diagram depicting concepts and their relationships. Concept mapping has been extensively used as a means to enhance “meaningful learning”, which is a learning method that, unlike the traditional memorisation technique, entails the learner’s ability to relate the new knowledge to his previous knowledge. For more information, see the introductory lessons about concept mapping.

This learning platform supports the CARE project activities for the benefit of the participating universities’ teachers and students. It is based on Moodle, a worldwide-known Open Source platform able to provide personalised learning environments.

The software preferred by the CARE project consortium is CmapTools. CmapTools is a software developed by the Florida Institute of Human & Machine Cognition. It can be freely downloaded from the IHMC website.

The platform can be freely used by any interested person, prior registration. The contents of the courses have been developed and adapted for easy understanding of the topics.

If you want to participate, register and create your user in the following link: 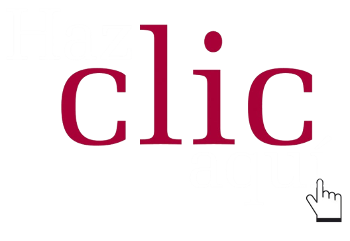 The introduction presents the pedagogical objectives of the module,...
Course

The institutional framework linked to climate change resilience in ...
Course

FRAMEWORK OF URBAN RESILIENCE IN CHILE

FRAMEWORK OF URBAN RESILIENCE IN CHILE

Around the world there are cities that have joined the trend of wor...
Course

Description or the Climate Change Adaptation Plan of Ancona through...
Course

Description or the Climate Change Adaptation Plan of Bologna and of...
Course

It is described the draft and the guidelines of the Adaptation Pla...
Course

This lesson discusses the need to prioritize the implementation of ...
Course

Description of the processes that characterize the relationship bet...
Course